“If in the first act you have hung a pistol on the wall, then in the following one it should be fired.” – Anton Chekov 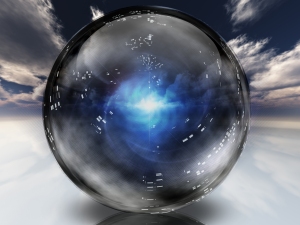 Being in the hands of a master of the craft of foreshadowing is one of the most rewarding parts of reading a great book. J.K. Rowling is such a master – there are incredible examples throughout the entire Harry Potter series. But by far my favorite is when we learn that Snape loved Harry’s mother in the final book of the series, Harry Potter and the Deathly Hallows. Rowling knew in book one that this was coming and laid clues throughout her series, from the color of Harry’s eyes to the hatred Snape had for Harry’s father, that made the payoff in book seven incredibly rewarding. It was one of those moments as an author where I shake my head and consider giving up the craft in the face of such genius.

Another example of excellent foreshadowing that I recently read is in Kendra C. Highley’s Matt Archer series. (I’ll be interviewing her in July, for those who would like to hear more.) I don’t want to give away any spoilers for those who haven’t read her latest book, but she had a creative idea that I haven’t seen before. Her character has a vision of himself with a strange marking, like a magical tattoo. It’s foreshadowing when he has the vision, then again when he gets the mark, because we know that he’ll be having some crazy adventures soon.

We all can’t be Rowling, but I do try to incorporate good foreshadowing into my writing – which invariably involves intense planning for my entire series, rather than planning book by book. This is my favorite part of the writing process – creating the overarching plot and identifying where the payoffs of each storyline will occur. It makes me feel like the master of my own little universe. For some great basic information and tips on foreshadowing I also like the advice in this All Write – Fiction Advice blog post.

But in the actual implementation of little clues throughout my series, I am constantly second guessing myself – are the hints too obvious, or too obtuse? It’s hard to find a balance between ‘It was a dark and stormy night’ and a little failed eye contact by a character at a key moment. What seems blatant to me as the author may be totally missed by an unsuspecting reader. So it’s critical that I have honest beta readers who can give me feedback.

Do you have any tips on how to implement foreshadowing well?

1 thought on “The Art of Foreshadowing”