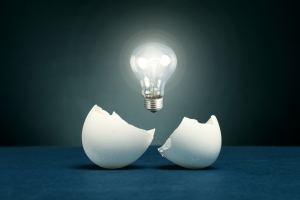 Lately I’ve been fighting with myself. There are so many excuses not to write every day – I have a toddler with a virus every other week, a demanding day job, and family and friends that I want to spend time with. At the end of the day I’m so tired that I feel like eking out an ounce of creativity would be like squeezing water from a rock.

But on the other hand, I’m a happier person when I write. Suddenly on my commute to work instead of being annoyed with the traffic, I’m imagining scenes that I’m working on. I feel more attuned to what’s going on around me, because I never know where inspiration might strike. And when I wake up in the middle of the night, instead of stressing about a deadline the next day, it’s because I just solved an important plot puzzle that had been nagging me.

I’ve always been a person who likes to have a solid goal, so I’ve made the decision that I will write every day, no excuses, for 100 days. With some luck, I hope to have a very rough first draft of the second book in my series completed at the end of that time. Hopefully at the end I’ll have something solid that I can edit, and my sanity will still be intact. Wish me luck.