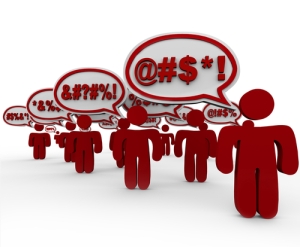 After six books that were curse free, I’ll never forget my surprise near the end of the final Harry Potter book, when Mrs. Weasley calls the woman who killed her son a bitch. I remember wondering – can she do that? Of course, she can and she did. But that’s J. K. Rowling. Should you, in your self-published young adult novel, take the same risk?

The general consensus is that there is no consensus. Some parents (and even YA readers) are completely offended by profanity of any sort in literature aimed at readers who are not technically considered adults.

There are ways around this, of course. Authors like John Green, in addition to the occasional real swear word, also invent their own (like “douchepants” in The Fault in our Stars). Personally, I think that made up curse words rarely  have the same impact as the real thing, and, at worst, come off a little silly. Occasionally there’s a word like “frak” from the Battlestar Gallactica TV show that resonates, but often it feels like what it is – a bit of a cop out.

In general, using a few well-chosen curse words in YA literature seems like a pretty safe bet. Most people are comfortable with it in specific situations, especially if the words chosen aren’t the really forbidden ones. (You know what they are.) YA authors who use some cursing  are in good company – a 2012 Brigham Young study reported that 88% of the top 40 YA books contained at least some profanity.

Of course, there’s always the option to stay completely clean, although I can’t imagine a scenario where a young adult says, “Aw, pickles!” when he’s really frustrated. That might inspire my laughter, but there is no universe in which that character can be considered anything approaching cool.

I’m considering, for my next series, writing from the perspective of a character who would swear A LOT. It feels like it would be true to her voice to never hold back. Have you ever known someone who curses less in anger, but more as a matter of course? I have, and it’s funny and refreshing. But then again, I was raised in a house where cursing was okay as long as we didn’t do it in public. I don’t think that’s rare – teens are exposed to swearing much more today than a few decades ago, and it doesn’t have the same power to offend that it did in the past.

I would really value some advice on this one. Do you think that considerable cursing in YA literature is acceptable, or should I tone down how my character talks so as not to offend? 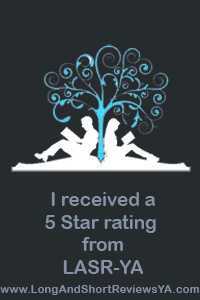